You’re in the cafeteria.

You’ve just finished filling your plate with food, and you begin walking toward a table.

Your hand decides to stop holding your plate.

You try to catch it. You fumble with it. But it’s too late.

Spinach is flying through the air, your mashed potatoes are on the floor, and you don’t even know where your turkey landed.

And everyone is watching you.

You have been humiliated.

Thanks a lot, hand…

“You have been told, O mortal, what is good, and what the Lord requires of you: Only to do justice and to love goodness, and to walk humbly with your God.” – Micah 6:8

It doesn’t feel good to fail, especially when other people are watching you. It’s embarrassing.

We might get embarrassed because we think people will see us as clumsy, or incompetent, or stupid. We worry that they’ll get the wrong impression of who we are.

We want to be known for who we truly are.

But do you know yourself?

I’ve had those thoughts many times. And it took me a long time to realize that I didn’t know myself as well as I thought I did.

This is where the virtue of humility comes in.

St. Thomas Aquinas wrote that humility “consists in keeping oneself within one’s own bounds, not reaching out to things above one, but submitting to one’s superior.”

So basically, humility is knowing who you are and being honest about it.

Being humble means accepting that you aren’t good at some things AND that you are good at others.

It also means accepting that you have a superior to follow AND that you may need to lead others. 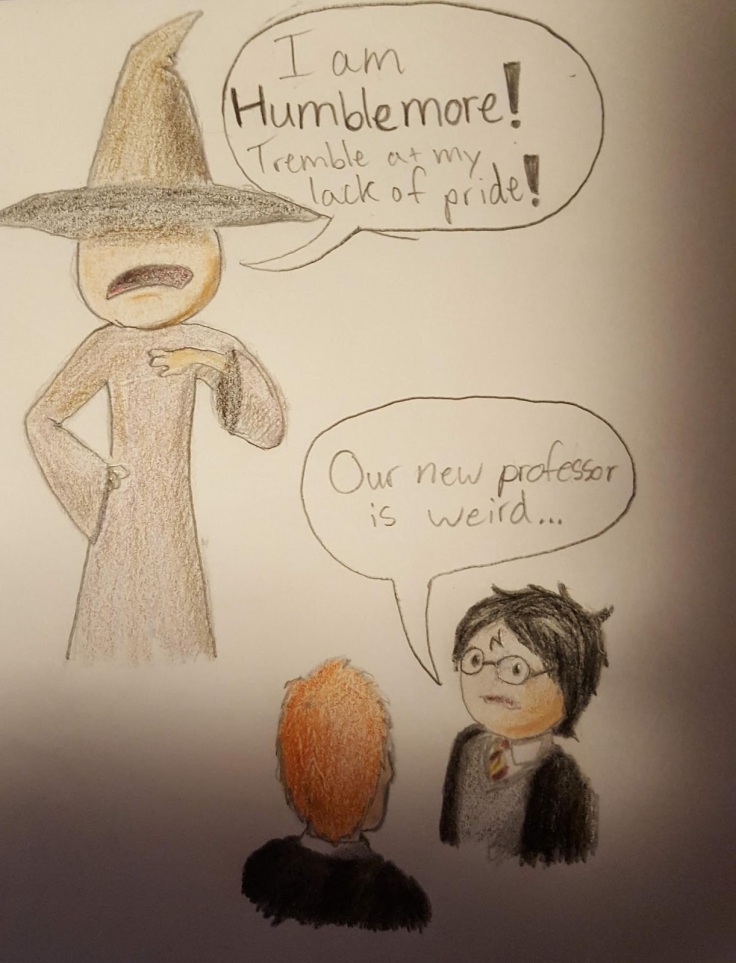 2. Have You Met Yourself?

“Humility is the foundation of all the other virtues hence, in the soul in which this virtue does not exist there cannot be any other virtue except in mere appearance.” – St. Augustine

I’m going try to do some reasoning here, so stick with me, it might get bumpy.

A. God created you in His image, which means that you reflect God in some way through who you are.

B. No two people are the same.

C. Therefore, you reflect God to the world in a way that no one else can.

Let’s talk about point A.

When someone makes something, they put a part of who they are into their creation. It’s part of what makes art so captivating.

God created you, which means He put a part of who He is in you. And because God is infinite, He can put a different part in every creation.

This means that, as we get to know God better, we also get to know ourselves better. We find our identity, who we truly are, by knowing God.

You can also look at it from the other direction; as we get to know ourselves better, we also learn something about who God is.

Let God introduce you to yourself.

Challenge: Read Psalm 139 (at the end of this page), then spend 5 minutes in silent prayer asking God to show you who you are.

“Do not be afraid to be holy! Have the courage and humility to present yourselves to the world determined to be holy, since full, true freedom is born from holiness.” – St. John Paul II

We need to imitate Mary when she said, “Behold, I am the handmaid of the Lord. May it be done to me according to your word,” (Luke 1:38).

God knows you. He loves you. He wants what’s best for you, even when you don’t know what that is.

By growing in humility, you will be able to put aside the things you want because God is leading you toward something better.

I’m all out of helpful things to say, so I’ll leave you with this:

Pray for virtue; we can’t get it on our own. Look up the Litany of Humility. Maybe pray it daily.

And laugh at yourself sometimes, because, as G. K. Chesterton once wrote, “Angels can fly because they take themselves lightly.”

“If a little flower could speak, it seems to me that it would tell us quite simply all that God has done for it, without hiding any of its gifts. It would not, under the pretext of humility, say that it was not pretty, or that it had not a sweet scent, that the sun had withered its petals, or the storm bruised its stem, if it knew that such were not the case.” – St. Thérèse of Lisieux

Lord, you have probed me, you know me:
You know when I sit and stand;
You understand my thoughts from afar.

You sift through my travels and my rest;
With all my ways you are familiar.

Even before a word is on my tongue,
Lord, you know it all.

Behind and before you encircle me
And you rest your hand upon me.

Such knowledge is too wonderful for me,
Far too lofty for me to reach.

Where can I go from your spirit?
From you presence, where can I flee?

If I ascend to the heavens, you are there;
If I lie down in Sheol, there you are.

You formed my inmost being;
You knit me together in my mother’s womb.

I praise you, because I am wonderfully made;
Wonderful are your works!

My very self you know.
My bones are not hidden from you,

When I was being made in secret,
Fashioned in the depths of the earth.

Your eyes saw me unformed;
In your book all are written down;
My days were shaped, before one came to be.