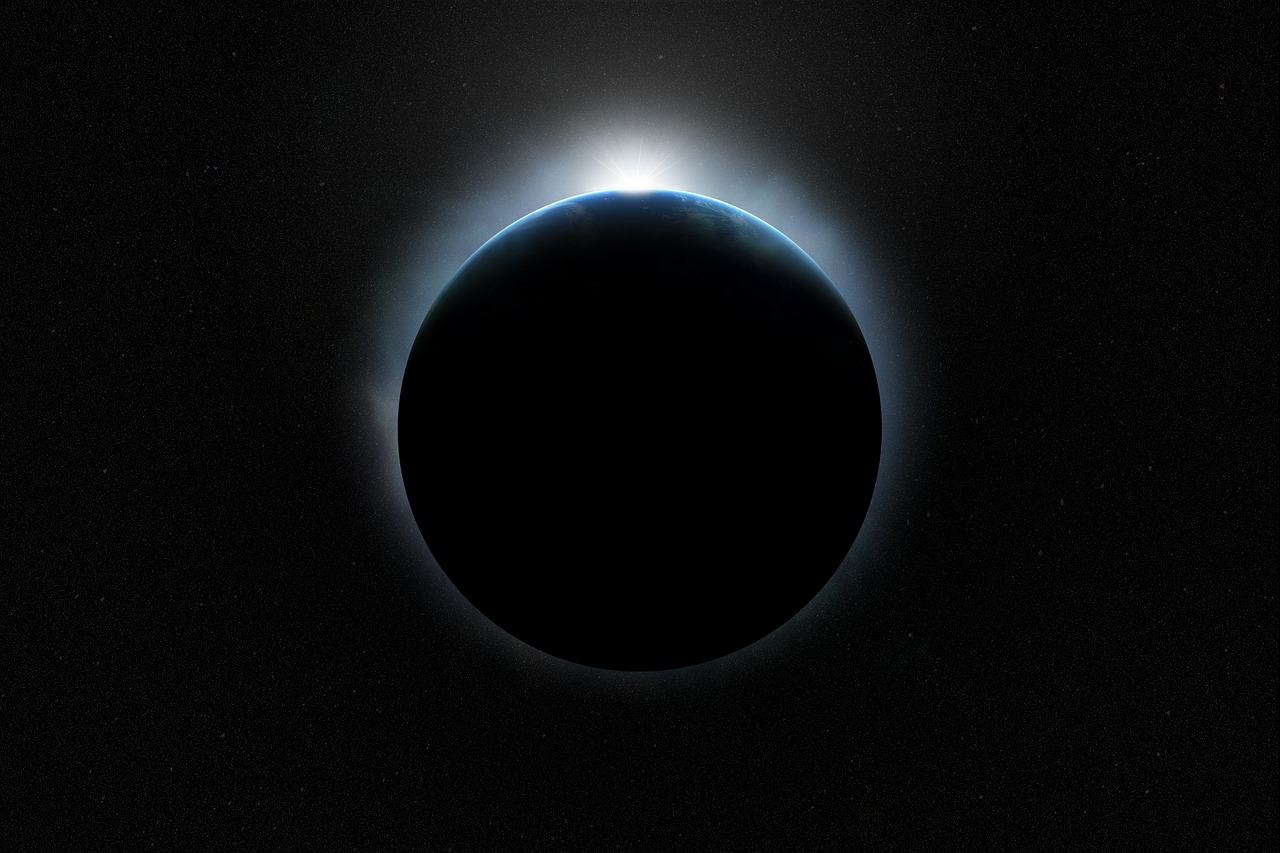 I hope you’re entering into the new year with renewed joy and passion for life. The Diocese of Superior’s monthly challenge for January is to remain joyful even amidst difficult circumstances, and I just heard a talk by Chris Stefanick from #SEEK2019 about how to keep “The Joy of the Lord” in your life. I have been trying to take these challenges to heart, but I’ve also been encountering the fact that many people are leaving the Catholic Church in our country and missing out on the opportunity to experience this joy. One of the main reasons people claim to leave the Church nowadays is because they think there is an irreconcilable difference between faith and science, or more broadly put, between faith and reason. This, my friends, is a myth and my topic for this month, so let’s break it down.

Let’s start with the broadest topic in regard to the compatibility of faith and science: the question about the existence of God. “If I believe in science, can I also believe in God?” Many people today think it’s one or the other, but, once again, that is a big old farce. Did you know, as Catholics, it’s totally okay to believe in the big bang theory? In fact, the “Big Bang Theory” (the actual scientific theory, not the show with Sheldon, Leonard, and Penny) was formulated by Fr. Georges Lemaitre, a Catholic priest! The show, however, was not. Could you imagine, though? Okay, moving on. An argument that helps to explain this and to provide proof for the existence of God is the argument from contingency.

The argument from contingency states that all things come from something else; their existence is contingent on the existence of another. For example, you came from your mother, your mother came from hers, her mother from hers, and so on… all the way back to the origin of humanity. Everything must have a beginning. It must be created. The same goes with the universe, there is no way it always just was, and scientists agree it seems to have a beginning. So where does it come from? We as Catholics believe all the origins point back to one source, namely, God. Many Catholics believe that God set that Big Bang in motion (there are also some that believe in a more literal creation theology, which is also okay, but I am going with the route more compatible with theories of most scientists today). But, where does God come from? Well, here’s where the argument really gets you. Let’s look at the call of Moses in Exodus 3 to get that answer. When God called Moses to be the one who leads the Israelites out of Egypt, Moses is a little freaked out and asks God, “‘But, when I go to the Israelites and say to them, ‘The God of your fathers has sent me to you,’ if they ask me, ‘What is his name?’ what am I to tell them?’ God replied, ‘This is what you shall tell the Israelites: I AM sent me to you.’”

Wait, what?? I AM? Who ‘dat? Why wouldn’t he just say to Moses: “Dude, tell ‘em It’s Me, yo’ Papa, Yahweh, the big G-O-D, the Alpha and Omega!”? Because… God is expressing in this verse that He is the “very essence of To-Be.” What that means is that God isn’t just a created being from the past, he isn’t something that’s just going to be, in the future, God is, and all creation stems from Him. He is the “unmoved mover,” and he set the world into motion. Not a creature, but the Creator. Another argument that supports and further explains this is the argument from intelligibility. Let’s take a look at that now.

The argument of intelligibility states that creation itself is intelligible: it has a form and follows rules. Bishop Robert Barron, this super smart dude who does a lot of work in addressing the arguments of “nones” (people who claim to have no religious affiliation), says this:

“If the world were unintelligible, no science would get off the ground, since all science is based upon the presumption that nature can be known, that it has a form. But the world, precisely as created by a divine intelligence, is thoroughly intelligible, and hence scientists have the confidence to seek, explore, and experiment.”

I don’t have time to go through all the ways that the world is intelligible, but the probability that the earth came from a massive explosion that created the universe and ended up the way it is, functioning and being able to support life, is about the same probability of taking a few packs of C4, sticking them to a print shop, blowing that thing to high heavens, and having a perfectly organized Webster’s Dictionary come out. Did you know that the earth is 93,000,000 miles away from the sun in a zone known by scientists as “the Goldilocks Zone”? The Goldilocks Zone is a distance that a planet sits from a star that is far enough, but not too far away, to keep it from being too hot, or too cold to support life. If our earth were much closer to the sun, it would burn up. If it were much farther away, it would freeze! We rest perfectly in between to where we can live. Crazy, huh?! Also: did you ever look into how a body heals itself from a cut? Or how it digests food? Or how weather works? Or how a new life is created (don’t look too far into that)?! Do you think that all of these things work so amazingly by some major coincidence? I don’t think so; I think it’s because of an intelligible design from an intelligent Designer. So, let’s just say that you’re picking up what I’m putting down and you’re starting to agree that God truly does exist… How can we be sure the Bible is credible?

Well… in fact, we can be quite sure. How, though? Let me try and tell you to the best of my knowledge. The way ancient texts are given credibility is through a process called textual criticism. This is done through the comparing and contrasting of manuscript copies found over time to their original documents, and through that they determine if they are historically accurate. It’s a rather extensive process, but some things that aid abundantly in the process are: lots of copies of manuscripts to compare and contrast. The more, the better, and the closer they are dated to the originals, the better as well. Some ancient texts that are widely accepted as historically credible are Homer’s Iliad, which was basically the Greeks’ Bible in ancient history, and there have been 1,565 manuscripts found. It was said to have been written about 800 B.C. and the earliest copies that have been discovered were discovered around 300 A.D., about 1,100 years after it was written, yet it’s still regarded highly by historians.

Other ancient texts that are given much credibility are the works of Plato and Aristotle, some very well-known ancient philosophers. There have been 7 copies of Plato’s tetralogies discovered and only a handful of Aristotle’s to compare and contrast to the originals to determine their credibility, yet they too are still given much credibility by historians. But, do you know what ancient text has the most manuscripts found? The New Testament. There have been 5,843 authenticated copies or portions of the New Testament found, some copies dating less than 30 years after the original documents, such as the Gospel of John. Historians have spent much time textually criticizing these works to find out their credibility and really only 2-5% of the New Testament is still debated for its historical accuracy: Mark 16: 9-20, and John 7:59-8:11. How is that for reliable?
Sooo… if you’re still following and this Bible we talk about has historical credibility, there are some things that we need to pay attention to in it because Jesus is quoted making some pretty big claims in it. Let’s look at an account from Mark chapter 2:

When Jesus returned to Capernaum after some days, it became known that he was at home. Many gathered together so that there was no longer room for them, not even around the door, and he preached the word to them. They came bringing to him a paralytic carried by four men. Unable to get near Jesus because of the crowd, they opened up the roof above him after they had broken through, they let down the mat on which the paralytic was lying. When Jesus saw their faith, he said to the paralytic, “Child, your sins are forgiven.” Now some of the scribes were sitting there asking themselves, “Why does this man speak that way? He is blaspheming. Who but God alone can forgive sins?”Jesus immediately knew in his mind what they were thinking to themselves, so he said, “Why are you thinking such things in your heart? Is it easier to say to this paralyzed man, ‘Your sins are forgiven,’ or to say, ‘Get up, pick up your mat, and walk’? I will prove to you, then, that the Son of Man has authority on earth to forgive sins.” So he said to the paralyzed man, “I tell you, get up, pick up your mat, and go home!” While they all watched, the man got up, picked up his mat, and hurried away. They were all completely amazed and praised God, saying, “We have never seen anything like this!” (Mark 2:1-12)

“Is it easier to say to this paralyzed man, ‘Your sins are forgiven,’ or to say, ‘Get up, pick up your mat, and walk?’ I will prove to you, then, that the Son of Man has authority on earth to forgive sins.” So he told the paralyzed man to get up and walk… and he did! He proved that He could forgive sins and as the scribes were thinking, “only God can forgive sins.” This is just one example from the New Testament where Jesus reveals his divinity, but, as C.S. Lewis put it so well (I’m paraphrasing): “If Jesus said what he did in the Gospels, he is either Lord, a liar, or a lunatic.” If Jesus claimed to be God, but he wasn’t, he was either a liar (and not a very good man), or he was downright crazy, and I don’t think centuries-, even millenia-worth of people would get dragged to their death based on their belief in a lie. In turn (and I will let you do your research and draw your own conclusions–I encourage you to do so), if these things are all lining up, and if what Jesus said in the Gospels is actually true, then that requires a response from us.

So, it is my hope that through this blog your faith would be strengthened in that God does exist; that faith and science are complementary (not contradicting); that the Bible is a credible, historical text; and that Jesus Christ is, himself, God. And if you come to this conclusion, I would encourage you to go to the Gospels and to read what Jesus says, to learn what his death and resurrection truly mean, and to begin or to continue to discover how Jesus may be speaking into your life directly.

Have a great month. I’ll be heading on pilgrimage to the March for Life in Washington, DC in a few short days and will keep you in my prayers during that beautiful journey!

One thought on “Is God Real? Is the Bible Credible? Is Jesus Really God?”