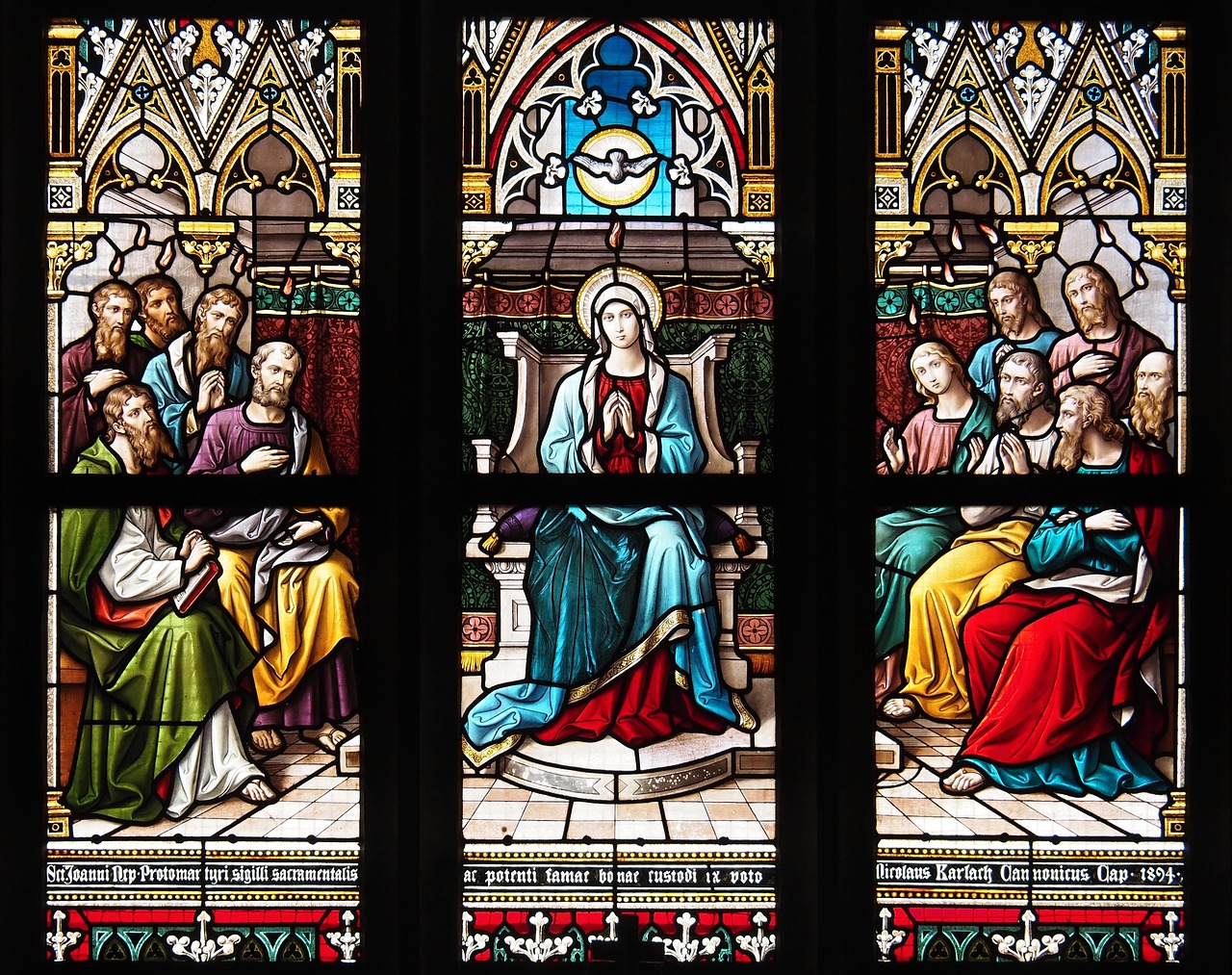 Pentecost is coming soon. At Pentecost, we remember the descent of the Holy Spirit on the Apostles.

“Suddenly from heaven there came a sound like the rush of a violent wind, and it filled the entire house where they were sitting. Divided tongues, as of fire, appeared among them, and a tongue rested on each of them. All of them were filled with the Holy Spirit and began to speak in other languages, as the Spirit gave them ability.” (Acts 2:2-4)

When I read this passage, I am confused. Why did the Holy Spirit show up so violently? Why did it show itself in tongues of fire? Why haven’t I been given the gift of speaking in tongues?

I don’t know answers, but I can give an educated guess or two. First question: Why did the Holy Spirit show up so violently?

This was the first appearance of the Holy Spirit that directly influenced the Apostles. They had seen the Holy Spirit at work before at the Baptism of Jesus, but they had never experienced him. Also, just a guess, but I think the disciples could be kind of hard-headed. I know I am sometimes. So when you’re hard-headed, someone needs to hit you over the head and say, ‘Listen up, buddy.’ This is basically what the Holy Spirit was doing. He was like, ‘You guys want a sign? I’ll give you a sign.’ And people paid attention.

Sometimes I wish the Holy Spirit would do that for me: just show up in such a way that I know it’s him. But he doesn’t normally. It’s after the fact that I see him working, or sometimes in the quiet I feel him.

This kind of feeds into the next question as well: Why tongues of fire?

Well, like I said, the disciples could be hard-headed at times. And fire is definitely an eye-catcher. Honestly, the Trinity has a sense of humor. I’ve experienced that in my own life. I firmly believe that the Holy Spirit wanted to have some fun with the disciples when he came to them.

The final question: Why haven’t I been given those gifts? Speaking in tongues sounds super cool, but I don’t have that.

So, there are nine gifts of the Holy Spirit listed in 1 Corinthians 12. They are: knowledge, wisdom, prophecy, faith, healing, miraculous works, discernment of spirits, tongues, and interpretation of tongues. I’m going to focus on these more in a different blog post (or maybe a series…), but just looking at these, they seem like grand gestures and great deeds. I know that I’ve never spoken in tongues before, nor have I had a prophecy given to me. But that doesn’t mean that it will never happen. 1 Corinthians 12:4-11 talks about these, and it also says that the Spirit gives each of these gifts as the Spirit chooses. So we have all of these gifts! We just hold them within us until the time comes for the Holy Spirit to work through them in us.

I hope this gives you something to look forward to for Pentecost this year! I’m excited to see how God is going to work in all of us this year. I hope you are, too!

God bless you all, and I will see you in the Eucharist.