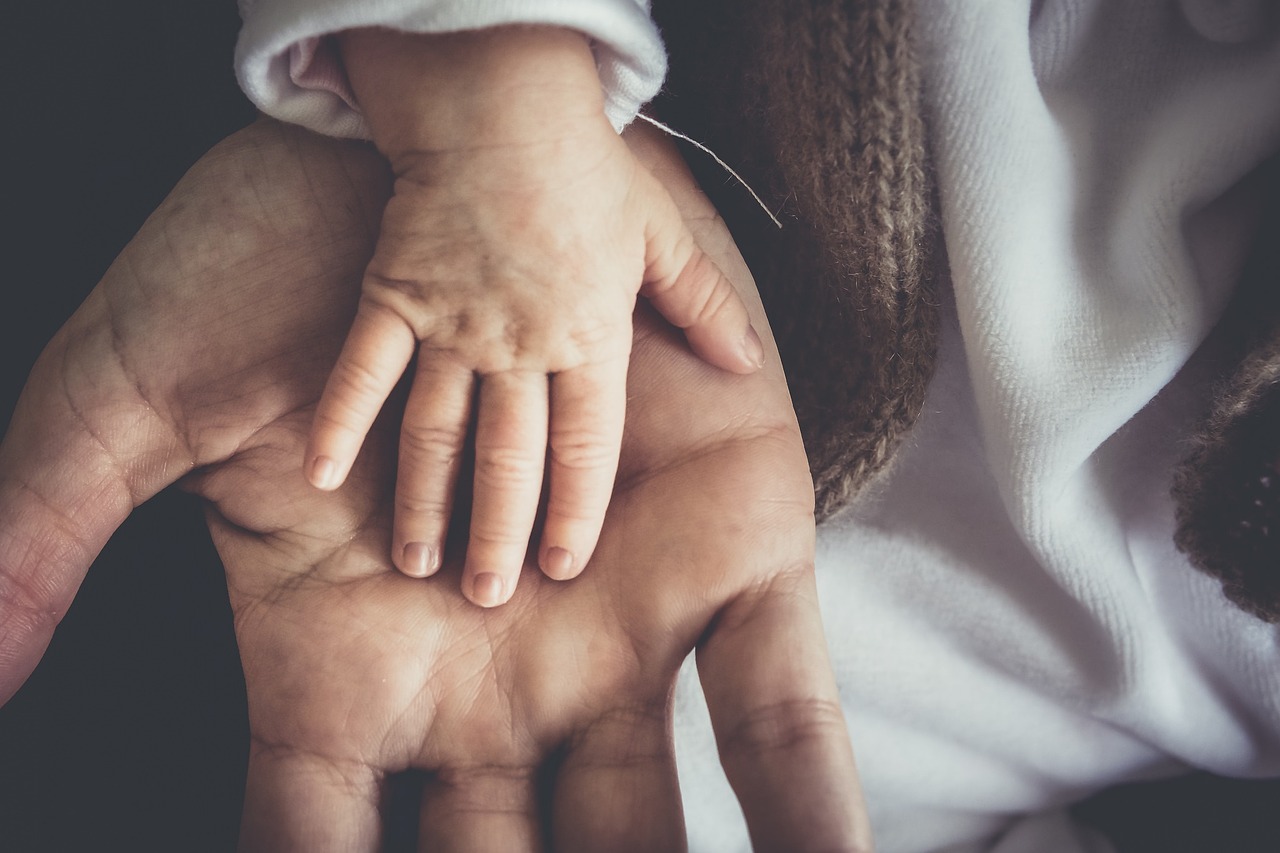 It’s good to be back writing after a long break, and I’m thankful for the responses to my last blog on the pro-life issues! There was a lot of support, but there was also some great dialogue from differing viewpoints. Thank you for that. That being said, after seeing the responses to the last blog, I’ve been coming across more and more pieces of information that have made me feel that I want to add more. In this portion, I’d like to discuss the hard cases of abortion that are being brought up often in the media lately, to get back to the root of what this argument is all about, and to then try and give some suggestions as to how we can help this world try to save and take care of all the lives on this planet. Let’s roll…

To start, I would just like to say that the more I get involved in the pro-life/pro-choice issues, the more obvious the sensitivity people have to this topic (on both sides) becomes. It is a HOT button issue that rarely seems to be discussed or debated with much charity towards the other side, and I think we (myself very much included) need to do a better job of listening to people, of showing kindness, and of portraying our views with love in mind. I am not trying to take away from the importance of this issue and the severity of it by any means, but it seems that attacking another’s viewpoint maliciously does no good to change hearts or minds, so let’s try and approach this with charity and sensibility.

To start, one of the main issues being discussed right now is whether or not a woman should be allowed to have an abortion if the pregnancy is a result of a rape or incest. Now, I need to start off by saying that rape is one of the most horrific acts a human can commit on earth and that rapists should be punished to the full extent of the law. They have committed a crime that could leave a woman traumatized for the rest of her life, and they need to be held accountable for that and to face the consequences. However, that doesn’t mean that the innocent child that was conceived should be punished as well. I know what some people may be thinking, “How could you expect a woman to carry that child to term and have it when every time they look at it, they will be reminded of their rapist?” That’s a great question, but Brandon Vogt, founder of ClaritasU and content director for The Word on Fire Institute, states it well when he says, “We should not respond to a terrible crime, rape, with an even more terrible crime, murder.” [1] The child is not the one to be punished, but the perpetrator.

To further back this up, I would like to share a post by a woman named Jennifer Christie, who has a son who was conceived in rape:

He giggles in his sleep.

He plays with Tupperware in the bathtub.

He picks me bouquets of dandelions and crabgrass.

He tells me how much he misses me when I walk to the mailbox without him.

He was conceived in rape .

One of those things is not something you would know just by spending time with him.

One of those things doesn’t matter at all.

Not to us anyway.

My son, who this week in the news and all over social media I’ve seen branded as “rapist’s child”, “monster’s seed”, “devil spawn”, “rape baby” and “carrying the evil gene”, doesn’t know that his existence is polarizing. He’s not aware that the President of his country believes in protecting the lives of unborn children…but not children like him.

People are so quick to throw out numbers, statistics, percentages. Less than 1%. That’s what they say. Less than 1% percent of abortions are due to rape.

Babies are conceived in loveless marriages, through infidelity, on prom night in the backseats of family minivans. The “how” doesn’t make them less deserving of protection. The intrinsic value of human life is not dependent on circumstances. If life matters – life matters.

This isn’t about choice.

This is about recognizing the humanity of all unborn children.

Honoring life as sacred without moral relativism or ethical inconsistencies.

His hands are always sticky.

He loves dinosaurs and superheroes.

His favorite thing to eat is toast.

He gives the best hugs.

He was conceived in rape.

One of those things doesn’t matter.

One of those things doesn’t matter at all.

I think this encapsulates the whole message any pro-life person with their heart in the right place is trying to convey. It says a life is more important than the struggles it may bring. A life is more important than our own desires. Life is sacred and has infinite intrinsic value. I could close up shop right there, and maybe it would be better to, but I also spent a fair amount of time researching the topic of late-term abortions when a mother’s or a child’s life is in danger, so I’d like to look at that as well.

This topic of late-term abortions when a mother or baby’s health is in jeopardy was a big topic of debate when New York recently passed a law allowing them, but since then, I’ve found several different OB/GYN doctors saying the following:

“As an OB/GYN physician for 31 years there is no medical situation that requires aborting/killing the baby in the third trimester to save the mother’s life. Just deliver the baby by C-section and the baby has a 95+% chance of survival with readily available NICU care even at 28 weeks. C-section is quicker and safer than partial birth abortion for the mother.” – Lawrence K. Koning, MD, FACOG (Fellow of the American Congress of Obstetricians and Gynecologists) [3]

Here is another quote from an OB/GYN:

“I want to clear up something so that there is absolutely no doubt. I’m a board certified OB/GYN who has delivered over 2500 babies. There is not a single fetal or maternal condition that requires third trimester abortion. Not one. Delivery, yes. Abortion, no. There is absolutely no reason to kill a term or near term infant. For any reason.” – Dr. Omar L. Hamada, OB/GYN [4]

“As a board certified practicing OB/GYN for 30 years, I need to say publicly and unequivocally that there is never a reason to kill a baby at term. When complications of pregnancy endanger a mother’s life, we sometimes must deliver the baby early, but it is always with the intent of doing whatever we can to do it safely for the baby too.” -Dr. David McKnight, OB/GYN [5]

To be fair to the pro-choice side though, the American College of Obstetricians and Gynecologists did put out a statement saying, “Women (whose health is in danger during pregnancy) in these circumstances may risk extensive blood loss, stroke, and septic shock that could lead to maternal death. Politicians must never require a doctor to wait for a medical condition to worsen and become life-threatening before being able to provide evidence-based care to their patients, including an abortion.” [6] The problem with this is that “evidence-based care” is said to “include” abortion, yet the reality is that abortion is not really care. Abortion involves the direct and intended killing of another human being, which cannot fall under the realm of medical care. Like mentioned before, early delivery may be necessary for care. In fact, it may be worth pointing out that abortion is not an alternative to delivery; it is simply the early delivery of a deceased child which was directly killed in the process. However, this direct killing is not permissible. If a child is to be delivered early for a necessary reason, it should be kept alive throughout the process, and it should be given the medical treatment needed for its survival (as in the case of other premature births). That being said though, keep in mind, if there are complications that are putting the mother’s life in danger in situations where early delivery is not possible, there are permissible operations in the eyes of the Catholic Church to save her if the intent of the operations are just that, to save the life of the mother, and not to intentionally kill the baby (and therefore, these operations are not abortions).

An example of this is an ectopic pregnancy: where the embryo implants in the fallopian tube rather than in the uterus. The fallopian tube is not a sustainable environment for the embryo to grow in, and it is also a major health risk to the mother that can cause life threatening bleeding. In this case, it is morally permissible for the doctors to cut away the part of the fallopian tube where the embryo has implanted in order to save the mother’s life, even knowing that the baby may die.  This is called a “double effect.” The intent of the procedure is to save the mother’s life, not to kill the child, but it may have a double effect (indirect and unintended) which leads to the death of the child. Once again, this is a permissible action in the eyes of Catholic morality because the intent is to preserve life and no life is being intentionally taken. [7] If it were possible to re-implant the embryo into the uterus after this procedure, that the baby may possibly survive, that action should be taken as well to try and save the baby’s life if possible. If it isn’t possible, then that would be the end of the earthly life of the child and one should not feel condemnation for having the procedure. The point is to defend all life as much as possible, and it is understandable that procedures may have to happen to save a mother’s life.

The point of all this and what Jesus Christ and the Catholic Church teaches is that ALL life has intrinsic, infinite value and that we are called to protect it. Saying that, I would like to close this blog with some suggestions on how we can defend and protect life, from conception to natural death, especially those lives that cannot defend themselves: